I know people are constantly saying this, but it feels like we are living through a series of inflection points; socially, politically, economically. In its war on Ivermectin, the FDA is destroying what little credibility our political institutions have left. Between Wokeness and the undisguised lying by politicians, media and the rest, normal people are getting sick up and fed with the whole project. But first, our economy:

Imagine being at a party celebrating the vast wealth generated in the last ten months in stocks, cryptocurrencies, real estate and just about every other asset class. The lights flicker briefly but the host assures the crowd the generator powering the party is working perfectly.

Being a skeptic, you slip out on the excuse of bringing in more champagne and pay a visit to the generator room. To your horror, you find the entire arrangement held together with duct tape and rotted 2X4s, the electrical panel is an acrid-smelling mess of haphazard frayed wire and the generator is over-heated and vibrating off its foundation bolts. Whatever governor the engine once had is gone, it clearly won’t last the night.

Large systems have huge amounts of inertia and can seem to be running normally for long periods of time before the wheels come off. Things have to be rather far along the process of disintegration for it to be so obvious to us smucks.

The FDA, the CDC, “Dr.” Fauchi, the WHO all insist at the top of their lungs that the Covid “vaccines” are perfectly safe. Any attempt to say otherwise will get you quickly silenced by Big Tech followed by loss of employment. But we know these things are dangerous:

The spike proteins travel all through your body, through all your blood vessels, stick to their linings, and cause inflammation there. How would you like it if that happens to your brain, your heart, your lungs, your central nervous system? With no virus around? Remember, spike proteins are cytotoxic, they kill cells and/or turn them into spike protein factories, possibly for a long time. You don’t want these things in your body.

Yet, we inject millions of people every day with them, many two or even three times, and say this will make them safe. What do you think?

I think I’ll pass on the “vaccine” and take my chances with Ivermectin, only now the AMA is threatening the medical license of any physician who has the temerity to prescribe Ivermectin to anyone with Covid. As luck would have it, there is a work-around; bed bugs. Just tell your doctor that your house has been infested with the little pests and that you need some Ivermectin. Just don’t tell the FDA (or Google) that I told you.

Do you ever get the feeling the over half the country has completely lost any functional grip on reality? You are not alone:

Because most liberals are also pussies (literal or figurative) who have never thrown a punch or been hit by one, they have no idea what happens when you push too hard. We’ve been patient; we’ve waited for you to pull your own head out of your ass. We’re done. From here on in, it gets very fucking real.

Some bits I picked up from the internets:

I never thought I would find myself here, but here I am. There are rumors floating about the internet that Google is considering dropping Blogger. I can find denials from high-placed officials, but we all know what those are worth. As a precaution, I copied all content from Blogger to here. Not sure what happens next; I guess I will keep both of them updated until something resolves.

This is either Sally sending me a joke from the other side, or the simulation is developing a sense of humor. Family will understand…. A very hard day today; a funeral for someone who has been very special to me since I\’ve been old enough to remember.

See you on the other side, Sally.

(Thanks Blogger for being too stupid to show the correct video. Here is a link to the correct video. The video below should be correct. I really need to find a better blogging platform….) [Update: You can also click on the title to open just this post and all will be right with the universe. And it also proves that I know what I\’m doing unlike the morons over at Google.]

Today\’s Word(s) of the day is ADE (antibody-dependent enhancement). This now appears to be just the latest in a long line of serious side effects of the covid-19 \”vaccines\”. Here\’s one take on where we are, how we got here, and where we may be going:

When ADE becomes too widespread to ignore and people begin to die in significant numbers, expect governments to proclaim the arrival of the predicted new hyper-lethal variant and impose a new round of shutdowns, mask mandates, and the like. The media will insist that the people who are dying are all unvaccinated as long as they can get away with it; pay attention to the vaccination status and health outcomes of people you know for a reality check. Unless some way of stopping ADE-enhanced infections can be found in a hurry, medical systems will buckle under the caseload and triage will become the order of the day. How soon this will happen, if it does, is impossible to say in advance. It’s also impossible to know in advance how soon it will become clear that the vaccines are responsible—or just how violent a backlash against the political and economic establishment this could provoke.

Good times, for sure. Stock up on beans and ramen. 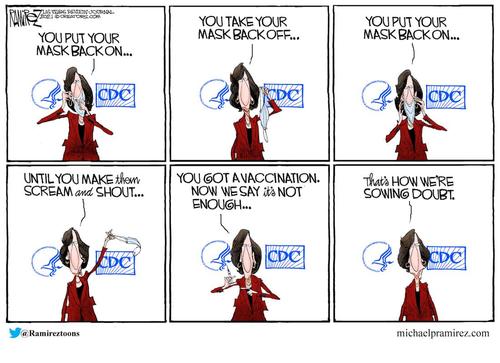 I refused the Covid \”vaccine\” largely for personal reasons: I\’ve already lost several organs and the use of my legs due to some sort of autoimmune disorder. The last thing I needed was to have myself injected with something linked to autoimmune disorders. I was simply not willing to take the risk especially given that it was completely unnecessary; I\’ve already had and recovered from Covid-19.

And as it turns out, the CDC now admits that after jabbing over half the country (and making billions for the virus-makers) we have evidence that the \”vaccines\” do nothing. They do not prevent infections or transmissions, and even the claim that they make infections less severe is looking shaky. Just to repeat, this isn\’t from some conspiracy theory, Q-Annon BS website. This is from the CDC. Ya know, \”The Science\”.

All downside and no upside. No way in hell will I ever get jabbed.

You are my breath.

You are my life

You are the reason I exist.

I will love you through all eternity.